November 23, 2009 – The Soundtrack to The Princess and the Frog is Released Through Walt Disney Records 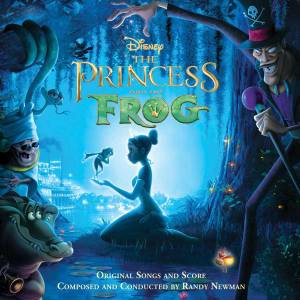 “But I’ve climbed the mountain, I’ve crossed the river, and I’m almost there.”

On November 23, 2009, the soundtrack to the forty-ninth Disney animated feature film The Princess and the Frog was released through Walt Disney records. It was released two days before the limited release of the film, and almost three weeks before the general release of the film. The soundtrack contains the nine songs used in the film, seven pieces of the original score composed by Randy Newman, and the song “Never Knew I Needed” by recording artist Ne-Yo, which was played over the closing credits. Two of the songs used in the film, “Almost There” and “Down in New Orleans” were nominated for the Academy Award for Best Original Song; “Down in New Orleans” was also nominated for a Grammy Award. The album peaked at number 80 on the Billboard 200 charts.