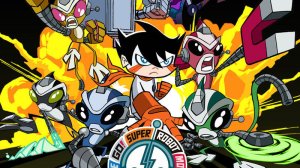 On September 18, 2004, the first Jetix original animated series Super Robot Monkey Team Hyperforce Go! premiered on ABC Family as part of the Jetix programming block. The story revolves around Chiro on the planet Shuggazoom, who teams up with the five robotic monkeys that make up the superhero team Super Robot Monkey Team Hyperforce. The series lasted for four seasons with 52 episodes, and was cancelled on a cliffhanger. It starred Greg Cipes as Chiro, Kevin Michael Richardson as Antauri, Corey Feldman as Sparx, Tom Kenny as Gibson, Clancy Brown as Otto, and Kari Wahlgren as Nova.