November 29, 2005 – The Live-Action Feature Sky High is Released on DVD 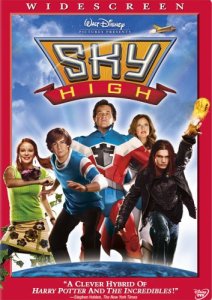 “…he’ll also learn that it takes loyalty and teamwork to truly become a hero!”

On November 29, 2005, the DVD of the live-action feature film Sky High was released through Walt Disney Home Entertainment. It was one of the first Disney films to be released on DVD without a corresponding VHS release, as VHS was being phased out at the time.