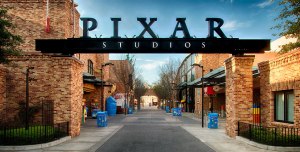 On May 31, 2008, the Pixar-themed area Pixar Place opened in Disney’s Hollywood Studios Park. The area features the popular attraction Toy Story Midway Mania, along with a meet and greet with Toy Story characters Woody and Buzz, and the Toy Story Dept. merchandise store.