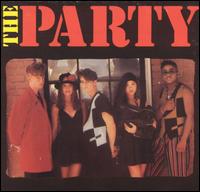 “Gotta break away from this day to day, gotta get away, on this summer vacation.”

On August 31, 1990, the eponymous debut album of pop recording group The Party was released through Hollywood Records; it was one of the label’s first releases since its formation in 1989. The Party featured Mickey Mouse Club members Albert Fields, Chase Hampton, Deedee Magno Hall, Damon Pampolina, and Tiffini Hale. The album featured three singles: “Summer Vacation,” “I Found Love,” and “That’s Why.” Overall, the album peaked at #116 on the Billboard 200.