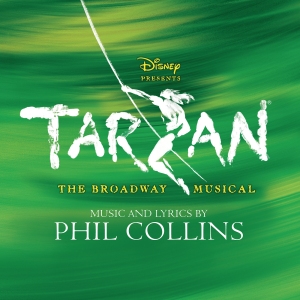 On June 27, 2006, the original Broadway cast recording of Tarzan – The Broadway Musical was released through Walt Disney Records. The musical was based on the hit 1999 animated feature film of the same name, with the songs for the film and the show written by singer-songwriter Phil Collins. Collins wrote nine new songs for Broadway:  “Who Better Than Me?,” “No Other Way,” “I Need to Know,” “Sure As Sun Turns To Moon,” “Waiting For This Moment,” “Different,” “Like No Man I’ve Ever Seen,” “For The First Time,” and “Everything That I Am.” The album was sung by the member of the original Broadway cast, which include Josh Strickland as Tarzan, Jennifer Gambatese as Jane, Shuler Hensley s Kerchak, Merle Dandridge as Kala, Chester Gregory II as Terk, Tim Jerome as Professor Porter, Donnie Keshawarz as Clayton, and Alex Rutherford as Young Tarzan. The album peaked at 170 on the Billboard 200 charts.