March 28, 2002 – The Video Game Kingdom Hearts is Released in Japan 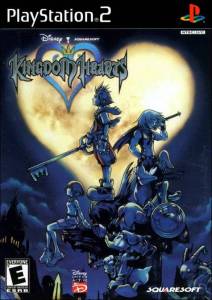 On March 28, 2002, the video game Kingdom Hearts was released in Japan. Created through a collaboration between Square Enix and Disney Interactive Studios, the game features the characters from the famous Final Fantasy series of games and The World Ends with You Square Enix game in an elaborate crossover. The game is set in a special Disney universe, where main character Sora must travel to different character worlds, accompanied by magician Donald and knight Goofy, to fight against Ansem and his army of evil beings known as the Heartless. The game was eventually released in North America on September 17, 2002. Its theme song was “Hikari” by J-Pop artist Hikaru Utada; she would also sing the English version known as “Simple and Clean.” The game was critically successful upon its release, and spawned a franchise that, as of 2019, features 14 games on a variety of platforms.