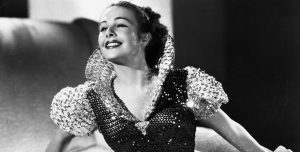 “The atmosphere was like a giant high school or college, as far as I was concerned. Mr. Disney, for me, was like a very friendly head principal.”

On September 2, 1919, Marge Champion, born as Marjorie Celeste Belcher, was born in Los Angeles, California. Champion had a talent for dancing at an early age, and trained under her father, Ernest Belcher, who was a noted ballet coach that taught the likes of Cyd Charisse and Shirley Temple. At the age of twelve, Champion was a ballet teacher in her own right at her father’s studio. Around 1933, a talent scout came to the dance studio, and asked her to audition for what would become Walt Disney’s Snow White and the Seven Dwarfs; Champion was chosen to be the live-action reference model for the titular character. Champion would continue to be a live-action model for Disney animated features, including modeling the characters of the Blue Fairy from Pinocchio and Hyacinth Hippo from Fantasia. While working at Disney, she met animator Art Babbitt and married him in 1937, though they divorced in 1940. Champion was also an actress in films outside the studio, appearing in films such as Honor of the West and Show Boat, the latter of which she appeared with her husband Gower Champion, whom she married in 1947. Along with film appearances, the pair also choreographed a few Broadway musical reviews, including Lend an Ear. She and Gower Champion divorced in 1973; Champion continued her career, working with actress Marilee Zdenek to publish two books: Catch the New Wind and God is a Verb. Champion is a Trustee Emeritus of the Williamstown Theater Festival of Massachusetts, as well as a member of the Advisory Board if the Berkshire Theatre Festival. For her work in helping to bring the classic Disney characters to life, she was honored as a Disney Legend in 2007.