July 3, 1957 – The People and Places Featurette Lapland is Released to Theaters 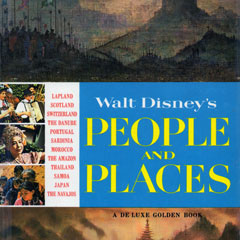 On July 3, 1957, the ninth People and Places featurette, entitled Lapland, premiered in theaters. Directed by Ben Sharpsteen, the half-hour documentary took a look at the area known as Lapland, currently located as part of Finland and Sweden but had once also had touched a part of Norway and Russia. This documentary focused on the nomadic people of this region known as the Sami, who made their trade through livestock.