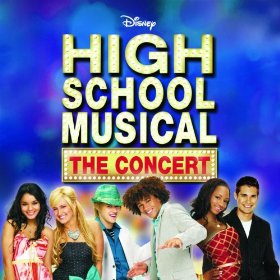 “We’re all in this together.”

On November 29, 2006, the touring production of High School Musical: The Concert began its run in San Diego, California. Based on the highly popular Disney Channel Original Movie, the tour featured most of the original cast, save for Zac Efron, who was off filming the movie Hairspray. Efron’s character Troy was played by Drew Seeley. The international tour reached forty cities in the United States, Europe, and South America. A special recording of the tour premiered as a one-hour special on Disney Channel on May 4, 2007; a DVD and CD of this recording was made available on May 1. The concert also featured recording artist Jordan Pruitt as the opening act.